The Fascinating History Behind Asimov’s Three Laws of Robotics

Home At The Leo The Fascinating History Behind Asimov’s Three Laws of Robotics
  
By Admin At The Leo February 14, 2017

Most of us have heard of Isaac Asimov and know that he was one of the great science fiction writers of our time. He wrote classics like I, Robot and The Foundation Trilogy to name some of his more well-known works. And while those are works of fiction, it was Asimov’s short story Runaround, published in 1942, that spawned what is now know as Asimov’s Laws of Robotics. They are three immutable, irrefutable laws that all robots everywhere must live by. And if they break them, they must suffer the consequences, as would any human who broke the law of the land. Do you remember the laws? They are:

The genesis of these laws is almost as fascinating as the stories they spawned. Most of us know who Isaac Asimov is, but do you know John W. Campbell? Campbell was, during the early part of the 20th century, one of the most influential science-fiction writers and publishers of the day and he and Asimov were close friends. In fact, Asimov called him “the most powerful force in science fiction ever, and for the first ten years of his editorship he dominated the field completely.” 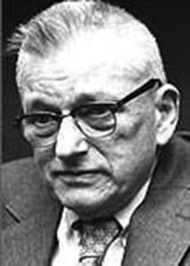 John Campbell had a very particular world view. In his belief, mankind was right on the cusp of experiencing massive growth in technology. Things like computers, cellphones, drones and even space travel were at the forefront of his mind. Campbell was a voracious reader and quick-tongued orator who was known for speaking his mind, forcefully and radically at times. In fact, because of his singular vision of the future, much of what we now know today as normal, was, to Campbell, a plausible future that mankind would achieve, but only through science.

Because Campbell was a publisher, he groomed and schooled many would-be science-fiction authors in his day. He gave them two requirements. First, the science had to be reasonable and plausible, and writers had to understand people. For many science-fiction writers, that combination was too much to overcome and their stories were often turned away by Campbell. In fact, he turned away so many writers that they were heard to quip that things were as bad with Campbell as in the days of Hollywood when silent films gave way to talkies. 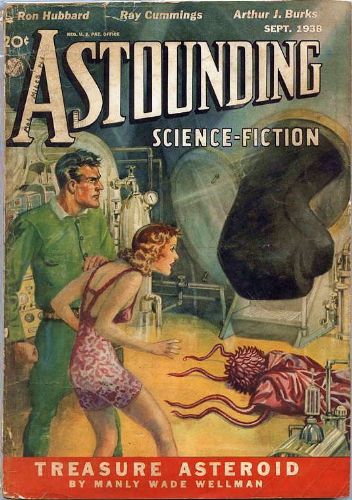 Asimov was one of Campbell’s greatest finds as an editor and the two became fast friends. Asimov recalls that on December 23, 1940, he and Campbell were having a conversation about one of Asimov’s short stories, Robbie, and they were talking about whether or not a robot would have to live by human laws. It was during the conversation that Asimov put pen to paper and wrote out what would be the three laws of robotics. Asimov later recounted that it was one of the more thrilling nights of his life. As for Campbell, we can only assume, but he stated that he knew Asimov had the laws inside him all the time, he just helped to pull them out. Given Campbell’s brashness, that statement isn’t hard to believe.

As their professional relationship progressed however, Campbell and Asimov drifted apart. Campbell became more and more outspoken and outrageous, putting him at odds with Asimov. After a while, they barely spoke, though Asimov would still speak well of Campbell in public. In private, not as much.

Enter Randall Garrett. Garrett was a science fiction writer like Asimov who had also had stories published by Campbell. Garrett claims that Asimov and he had a symbiotic relationship which led to the inspiration of the three laws. What the nature of that relationship is, was never clearly stated, but suffice it to say, Asimov himself enthusiastically adopted the idea that Garrett was the inspiration for the laws. Whether that was done to spite Campbell or if it was actually true in some regard, is unknown. Regardless, Asimov’s inspiration was clear. Two men, pillars in his life, served as the genesis for what may be the most important set of scientific rules ever created. 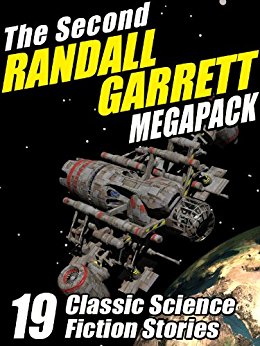 So, now that you know, what do you think about the three laws? Hit us up in the comments and then see a bunch of drones, robots and droids on display this weekend during our Drones and Droids festival. Get tickets here.