When I was a young boy, I had this crazy obsession with the stars.  I would spend countless hours laying in my backyard starring up at those twinkling lights.  As a matter of fact, unless it was raining, from the day elementary school let out till the day it started back up again, I slept outside in a sleeping bag so I could see the stars.  I wondered if it were possible to capture a star and use it as energy source (I’m positive this came from a Ninja Turtles cartoon).  I would also ask myself questions like, are we alone in the galaxy, or what do aliens actually like?

We have yet to find out the answer to these questions, however, I am proud to say that with the advances in today’s technology we are getting closer to the answers.  Billions of planets, moons and stars make up the universe.  With so many opportunities for life, many scientists are optimistic about the chance of finding other intelligent life.  For all our sakes, if we do find Alien life, I seriously hope they are not as terrifying as Xenomorph from the movie Aliens.

Scientists who look for life beyond Earth – Astrobiologists – working at SETI, the Search for Extraterrestrial Intelligence, are in pursuit of discovering evidence that sophisticated alien civilizations exist.  Operating on the assumption that such societies could develop the ability to make transmitters, SETI scans signals from outer space captured by giant telescopes in the hope of intercepting extraterrestrial transmissions.  You might be asking yourself the questions, is this really a thing?  Yes, it is folks.  On the off chance they do capture transmissions, these people will go down in history as HEROS!

As proof that this style of research is currently happening, let’s look to the past for answers.  In 1961, an astronomer named Dr. Frank Drake came up with an equation that sought to estimate the number of technological civilizations in the Milky Way that were capable of making contact with the good people of Earth.  This equation is known as Drakes Equation.  As a side note, I find it odd that his title of Doctor is left out of the name.  Here is the equation:

fp= the fraction of those stars with planetary systems

ne= the average number of habitable planets in a solar system

fl= the fraction of planets with life

fi= the fraction of all life forms that develop intelligence

L= the length of time these transmissions last 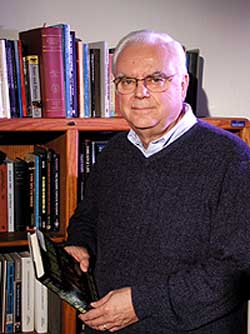 Again, this might sound like a bunch of sci-fi fantasy nonsense to you, but imagine if the Drake Equation helped us solve the mysteries of the universe.  What if there really are alien societies out there?  Wouldn’t you want to know how long it would take them to reach planet earth?  Or what kinds of technologies they might possess?  I know I would!

Space exploration truly is the final frontier.  We are traveling deeper and deeper into space and discovering all kinds of things on a daily basis.  The nights I spent laying in my backyard, starring up at the stars will always be fond memories I keep.  The questions I asked myself back then are, in some cases, being answered today.  That is seriously cool!

Riding the Wave of Renewable Energy

For some of us, sitting down with a big bucket of popcorn in an old fashioned theater with a classic…

The Common (And Kind Of Gross) Effects of Living in Space