A little disclaimer before we start. I’m a video game geek. Everyone has their particular thing—golf, gardening, reading, etc. Mine is video games. I have other hobbies too, but video games is what I turn to when I’m on a plane, a long car ride, on the train or even just to blow some steam off at night. I try to play some each day, but only as time allows. So, this post might be a little more personal than usual. But, maybe that’s not such a bad thing.

Anyway, I set out to put to paper my (admittedly unimportant) opinion on the 5 most innovative video games ever created. Not the best, not the most commercially successful, but the most innovative. What were the games that truly moved video games forward and made the most modern of all entertainments what it is today? To go about selecting those 5 games, I gave myself 3 criteria. I think Leonardo da Vinci would get behind this:

So, based on those criteria, I attempted to wade through the now 44-year history of video games and select only five that could be dubbed most innovative.

Another quick note. I’m a Nintendo fanboy through and through so it was really hard not to pick all Nintendo games, but I do want to admit that bias before we get in too deep. 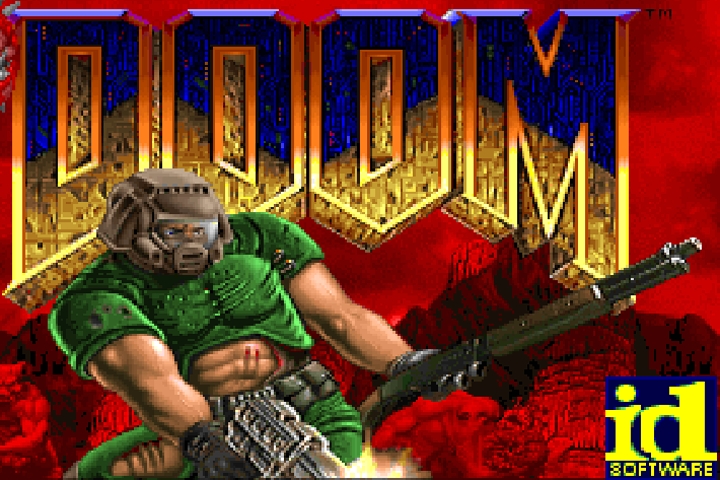 5. Doom – Long considered the father of First Person Shooter games, Doom was a giant leap forward for video games. Up until the game was released in 1993, games were played using either a side-scrolling or top down perspective. You watched your character move in the environment, but you could see what was in front of, behind and around you at all times. With Doom, not so much. It’s first person perspective shook the industry and took it by storm. Now the video game wasn’t so much a passive experience as it was totally active—as you jumped into the literal shoes of your character and saw exactly what they saw and had the same limitations they did. It was heady stuff.

In addition to its technological impact, Doom has the dubious distinction of being artistically impactful as well. It’s over-the-top gore and violence were decried by people of all ages everywhere, but partly because of its hyper-stylized and excessive violence, Doom became a cultural sensation. After all, every first person shooter game since, from Call of Duty to Bioshock to Red Dead Redemption doesn’t exist unless Doom existed first.

4. Street Fighter II – Fighting games are a staple among gamers and while some will argue that your Mortal Kombat and Tekkens of the world are more innovative, none of those games would exisit without Street Fighter II.

Made by Japanese developer Capcom, Street Fighter II was wish fulfillment for every boy growing up in the 1980s. You could select any character and it would pit you on a worldwide adventure to battle the most successful and creative fighters in the world.  What made Street Fighter so compelling was its art style which was fluid, colorful and extremely detailed for a game made in 1991. The characters were detailed, had unique expressions and became fully realized people in the midst of all the brawling. That’s because the art was so good and so expressive.

On the technological side, Street Fighter managed to do something no other fighting game had done to that point, it balanced the fighters. That meant there wasn’t one fighter that was stronger than the rest or one that was weaker than the rest. Each player had their own strengths and weaknesses and they were vulnerable to those weaknesses depending on who they were fighting. This balance became a hallmark of fighter games and has allowed for competitive gaming, especially among these communities, to flourish.

Further, Street Fighter II became a cultural phenomenon. It made the word hadouken—japanese for surging fist—a household name. There were a couple of lousy movies and there have been multiple incarnations of the game since that time. But nowhere is the cultural impact more apparent than in the eSports communities which have not only flourished, but become big business. And street fighter is right at the forefront of that tremendous cultural impact. 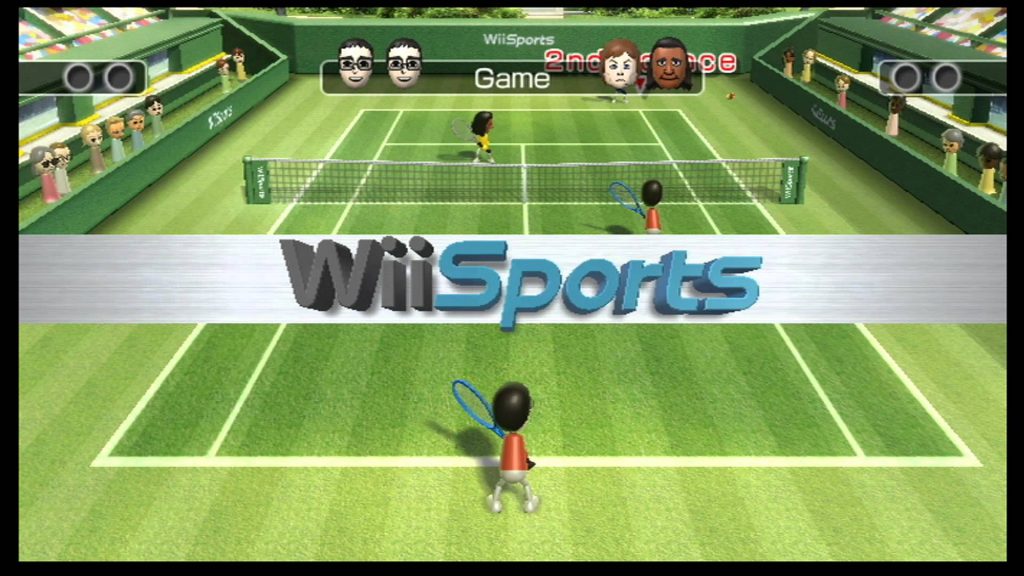 3. Wii Sports – This might be a bit of strange inclusion, but it’s exceedingly noteworthy for the three criteria earlier mentioned. From a technological standpoint, Wii Sports broke new ground. The inclusion of motion-based controllers, a new thing for any video game system ever, made playing video games more interactive, more social and more active period. Now, you actually had to get up off the couch (if you were doing it right) and stand in front of the TV and wave your arms around like you were hitting an actual tennis racket or swinging a real golf club. The sensation was unlike anything before experienced in gaming and Sony and Microsoft, with their PS3 and Xbox 360 respectively, tried to copy it almost instantly and largely failed. But, the technology, anchored by a gyroscope which allowed the controller to sense movement, was a technological revolution.

It was a cultural and artistic revolution as well. The simple mii graphics and bright colors made the game accessible to anyone, including an older generation who hadn’t really given much thought to video games in the past. Tack on the fact that it became a cultural phenomenon, being mentioned in movies, books, tv shows, articles, blogs and anything else you can think of, Wii Sports made an enormous impact in the cultural landscape of video games. 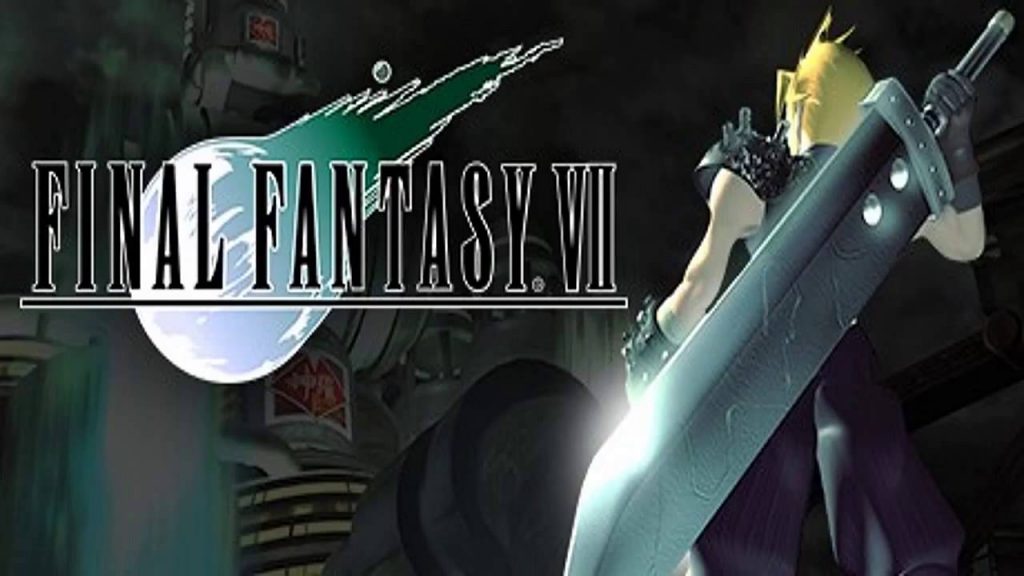 2. Final Fantasy VII – For those who don’t know, the Final Fantasy series of video games (of which there are 14 in the mainline version with a 15th due for release this holiday season) is a landmark franchise. Years ago, the series creator Hironobu Sakaguchi, was about to quit the gaming industry and so before he left, he would create one last game. He titled in Final Fantasy. If the game was a hit, he and the company he worked for, Square Software, would continue on. If not, both he and the company would be done for.

The game was not only a hit, but a smash hit and created a whole new genre of video game—the JRPG or Japanese Role Playing Game. JRPGs up until that point weren’t the sprawling mystical stories we have now with spiky-haired protagonists and strangely translated dialogue. They were weird, off-putting creations that even Japanese consumers found strangely obtuse. But, with Final Fantasy, the characters became relatable and the quests, noble.

Final Fantasy VII is particularly innovative because it shifted the balance of power in the video game industry away from Nintendo and towards Sony. That’s because the size of the game, it’s newly realized 3D environment and cutting-edge graphics, would fit on the Nintendo console of the time—the N64. So, Square took its lucrative property to Sony who was using CD-ROM discs for the first time ever in video games. These discs allowed for more storage and, while the load times were a killer, Square could make the game it wanted.

The game was also culturally impactful as many people regard it as the greatest Final Fantasy ever made. It’s story, with a shocking twist in the middle that still has people talking, ushered in a new style of storytelling for JRPGs and laid the groundwork for some of the most popular games of today including Skyrim and Fable.

1. Super Mario Bros. – Like it was going to be some other game? Super Mario Bros. has had enormous impact in all three areas. Technologically speaking, it was the game that saved the video game industry. After Atari went up in flames, Nintendo scooped up the pieces and decided to create a game and a system that would appeal to kids. Hence, the Nintendo Entertainment System or NES, was born. Designed to look and feel like a VCR, but for kids, the NES was basically a toy. But more than that, the system came pre-packaged with a new game—Super Mario Bros.—a candy colored wonderland that allowed kids to imagine themselves as a portly plumber racing across a weird Mushroom Kingdom to save a princess that wasn’t really there. The game became an instant hit with kids because of its bright visuals and ease of ability to pick up and play.

Culturally speaking, SMB is the world’s most known video game. Some 100 Million copies of the game have been sold and it launched the modern video game industry as we know it today. Mario is on par with Mickey Mouse in terms of his influence and you could argue that they go 1 and 2 in the pantheon of entertainment icons. It made its creator, Shigeru Miyamoto, instantly famous and took Nintendo to the forefront of the industry where it has remained a major player until this day. I for one, have played Mario in all his incarnations for many years and I can’t wait to see what innovation he brings next.

What do you think of our list? What would you rank as the top 5 most innovative video games ever created? Hit us up in the comments!

For some of us, sitting down with a big bucket of popcorn in an old fashioned theater with a classic…