Home At The Leo Leonardo da Vinci The Constant Innovator
  
By Admin At The Leo November 9, 2016

Leonardo’s willingness to cross intellectual boundaries helped him solve problems in striking and new ways.  Being an innovator is something that came naturally to Leonardo.  Always asking questions.  Constantly pushing boundaries.  And never being satisfied with the status quo are the things that helped Leonardo become a consummate innovator.

Known in his time mostly as a painter, Leonardo also made important discoveries in mathematics, anatomy, engineering, cartography, sculpture, botany and geology.  How did one man achieve success in so many fields?  Above all, it took the courage to challenge assumptions and combine familiar ideas in surprising new ways.

Although ahead of their time and the available technology, Leonardo’s ideas for human flight demonstrate his willingness to pursue ideas other thought crazy.  Fearing ridicule, Leonardo tested his flying contraptions in secret.  But he didn’t let this fear deter his vision or the careful studies of birds that informed it.

Even in his art, Leonardo refused to be found by convention.  The uniquely accurate depiction of the human body in his St. John the Baptist, reveals a knowledge of human musculature gained through dissection of cadavers borrowed from the local morgue.  Like his inventions, many of his anatomical discoveries were well ahead of their time.

The breadth of Leonardo’s innovation is intimidating, but his ways of thinking are still available to us all – even in our highly specialized world.  Innovation has always required creative connections across seemingly unrelated fields.

The Leonardo believes this is still how innovation works and that Utah is home to many modern “Leonardos,” waiting to be discovered. 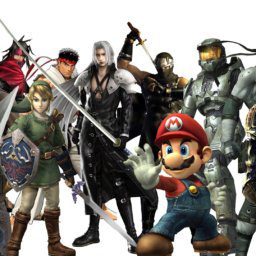