A Little Science Behind the Greatest Snow on Earth

Home At The Leo A Little Science Behind the Greatest Snow on Earth
  
By Admin At The Leo December 19, 2016

Claiming that Utah’s snow is the best is a little subjective.  Maybe we Utahans claim our snow is the best because we get so much of it.  It’s been reported that Alta, a local ski resort, averages 547 inches of annual snowfall a year.  The next closest are resorts in Colorado averaging 350 inches a year.  In any case staking claim to having the greatest snow can be tricky.

Why then does Utah get so much snow?  Perhaps snow totals are high because of the density in our storms.  The storms that form over Utah’s Wasatch Mountains typically come from the Pacific Ocean.  The snow in these storms contains anywhere from 10-12 percent moisture density.  As the storm continues to travel east, the moisture density consistently drops.  By the time the same storm passes Utah and hits Colorado, the moisture density drops by three percent.

There is a cool phenomenon that happens in Utah during just about every storm.  This is known as the Lake Effect.  Because the majority of storms move in mostly from the west, they are able to pick up extra moisture that resides in the Great Salt Lake.  Once the moisture is soaked up, the storm heads directly towards the higher elevations of the surrounding mountain ranges.  Once there the storm drops extra inches and sometimes feet of snow.

The snowflakes in Utah are also particularly unique.  The powder we play, ski, snowboard, snow shoe and hike in has a unique makeup.  Under cold, and often times dry conditions, light crystal-like snowflakes called dendrites are formed.  These awesome snowflakes are thin and very symmetrical, (which is why Utah’s snow is amazing) and while falling from the gray and freezing sky, they join together and form the powder every outdoor enthusiast covets.

Speaking of powder enthusiasts…. Take a look at the beauty and feel the excitement of Utah’s snow in this amazing video!

Utah may not get the most snow, (that award goes to the Hokkaido Island in Japan) but science tells us that Utah has all the elements for great snow.  Maybe we Utahans lay claim to having the greatest snow on earth because of the combination of quantity and quality?  Maybe we think this because it typically snows for 4-5 months a year.  In the end, there simply is no denying that Utah will always be in the running for the title of Greatest Snow On Earth. 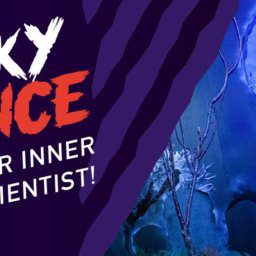 You walk through the museum, to the right you see electricity jolting off the Tesla Coil. You continue down the…

Behind The Scenes of FLIGHT