Two of The Leonardo’s largest current exhibits are Flight and Woman/Women. One explores the history of flight from Leonardo Da Vinci’s ornithopter to high-tech drones, while the other spotlights a diverse and ever-expanding group of influential women. Content-wise, they don’t have a lot in common. However, taken together, they inspire an examination of some of the most fearless, adventurous women in recent history: our first sisters of flight.

We’ve all heard of Amelia Earhart and her legendary flight across the Atlantic. And for many of us, Earhart is the face of female flight. However, while Earhart’s work is definitely not to be forgotten, it is important to acknowledge the many other women who paved the way for her accomplishments and followed in her footsteps.

The first woman to make an appearance in the world of flight did not fly a plane, but a hot air balloon. That woman, Marie Élisabeth Thible, from France, was not only the first woman to fly, but also the first to fly solo and the first ever to parachute. Thible’s firsts occurred as early as the late 1700s, when she set the stage for many more women in the flight industry.

One of Thible’s successors, Katherine Wright, contributed to the logistics of making flight happen in the early 1900s. Wright played an important though widely underappreciated role in the success of her brothers, Orville and Wilbur, by supporting them emotionally, financially, and socially. She inspired her brothers’ work, though she has never received much recognition.

History greatly influenced women’s role in flight. After the First World War, women bought planes that were left over from surplus production. These planes led to the advent of aviation as entertainment through stunt work. All stuntwomen during this time period challenged gender norms and social expectations, but no one pushed the boundaries more than Bessie Coleman. Coleman was the first female pilot to come from African American and Native American ancestry. She overcame many obstacles throughout her career as she was repeatedly rejected and made fun of for her identity as not only a woman, but also a person of color. Coleman broke down barriers for future women in aviation, and her work continued to inspire African American, Native American and female pilots long after a plane crash tragically ended her life.

During World War II, a combination of military need and persistent women led female pilots to rise up in the world of flight. Although rejected at first, women eventually earned roles teaching, flying, and navigating, and greatly contributed to war efforts. Many women during this time became air traffic controllers and even transported cargo through the air, although they were not allowed to actually engage in combat. These women were crucial to America’s success in the war.

More recently, women have worked as aerospace engineers and astronauts. And although these fields are still dominated by men, women are becoming more prominent. Valentina Tereshkova became the first woman in space in 1963, and according to NASA, since then 59 other women have flown in space.

Throughout history, women have been greatly underappreciated and unrecognized for their role in flight. Flight has helped facilitate women’s climb up the social ladder, and has greatly benefitted from women’s accomplishments. Beginning in the 1700s and spanning up until today, women have found success in aviation. And as our world continues to progress, women will without a doubt play an increasingly pronounced role in the world of flight. 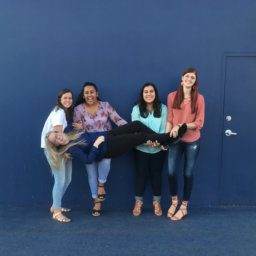 The Kokonut Project evolved from a great idea: a nonprofit organization that would allow various countries to generate profit by…

The Simplest Benefit of Learning Every Day

If they are anything like I was in my school years, students finishing up their Spring Break might have missed…

Seeing the Lighter Side of Today’s Robotic Revolution

When I was growing up, one of the coolest robots I knew of was Judy from The Jetsons.  She was…